In Mercy for a Trespass 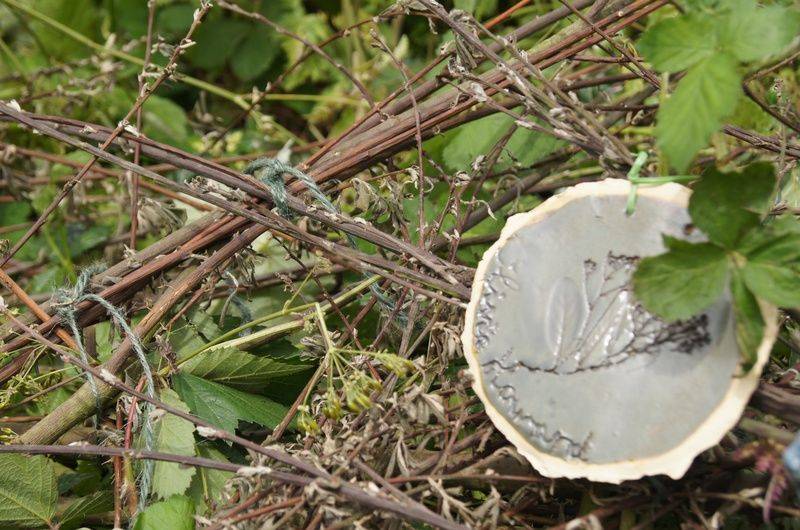 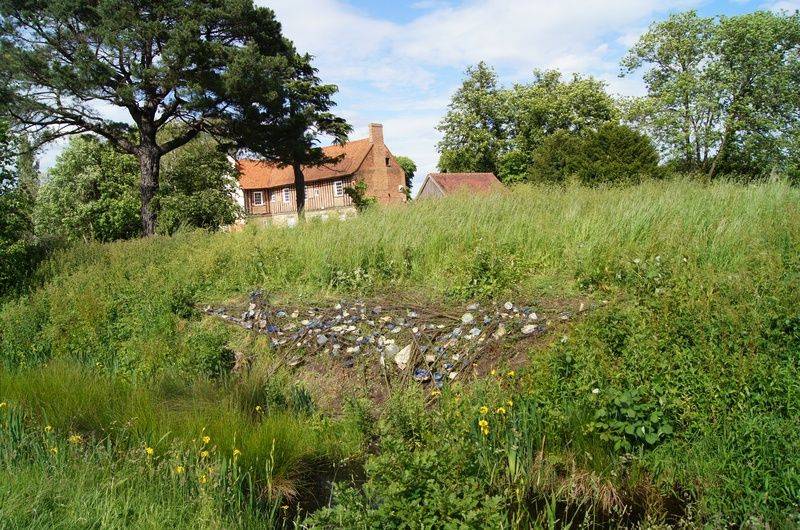 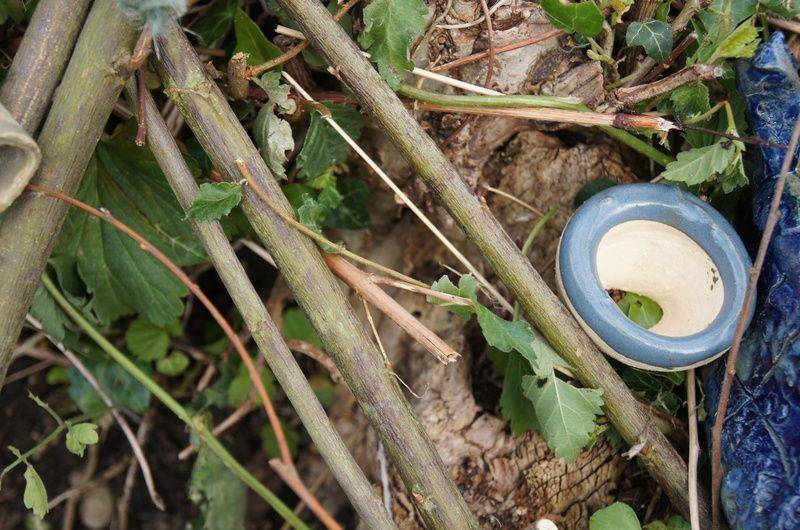 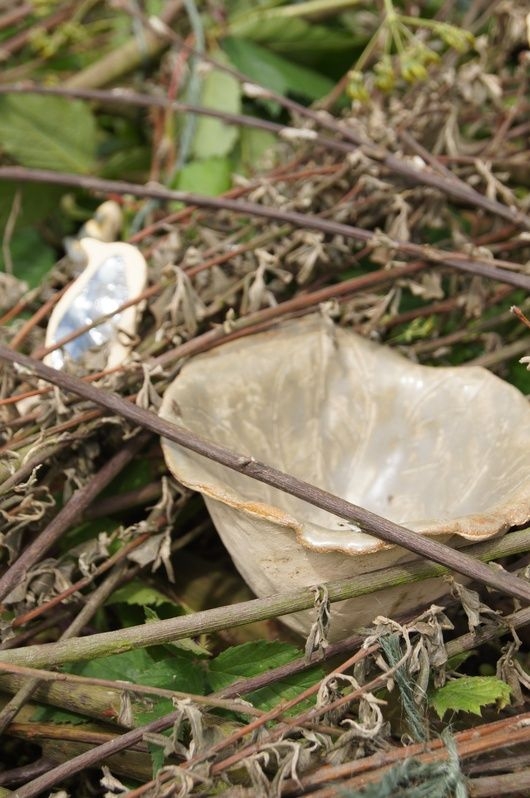 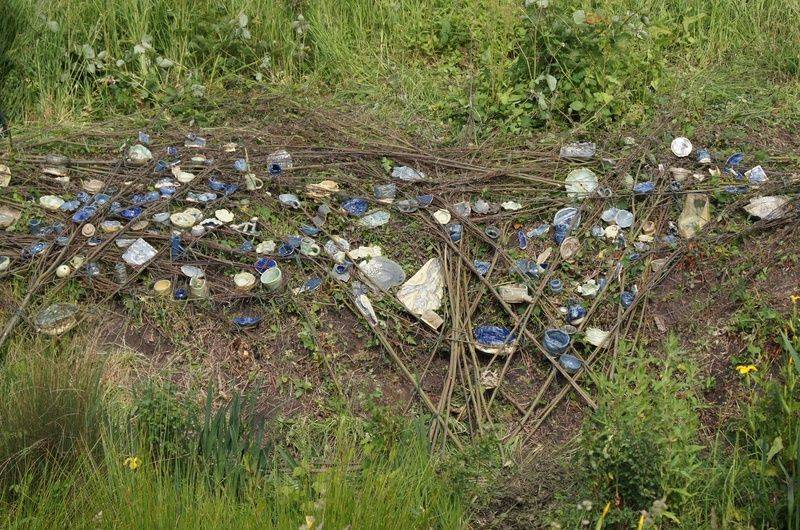 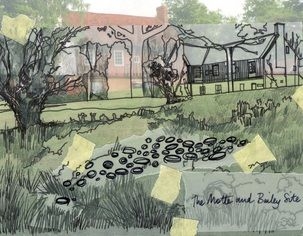 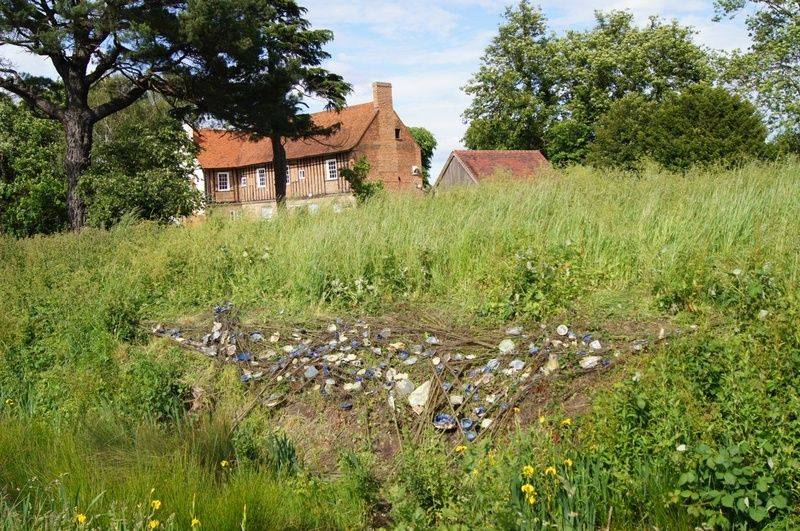 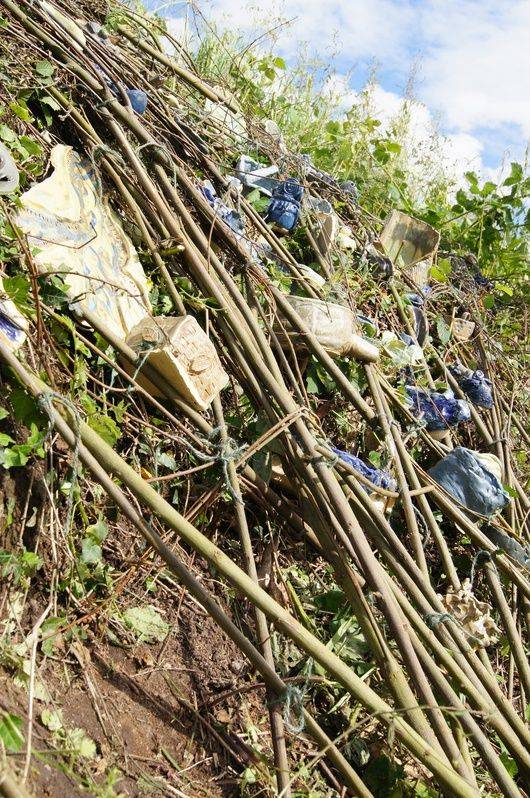 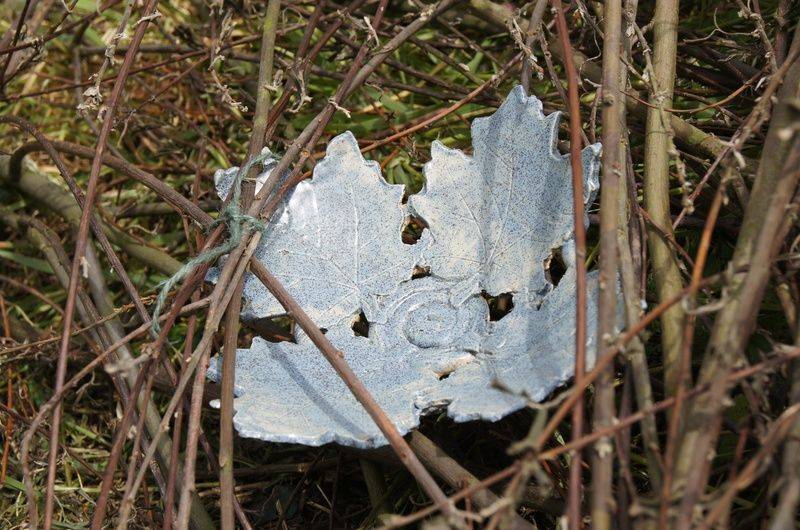 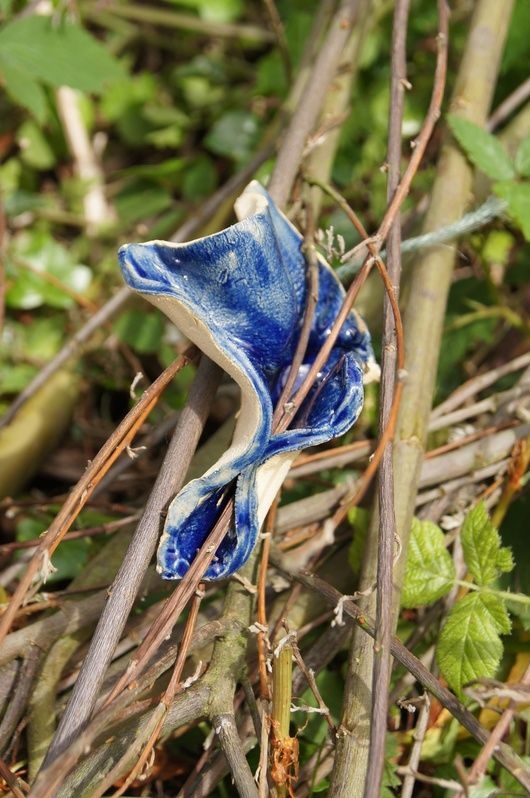 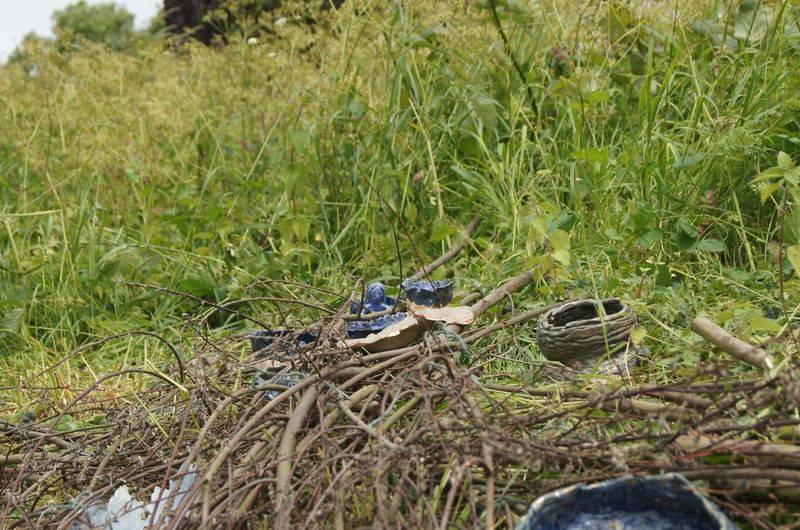 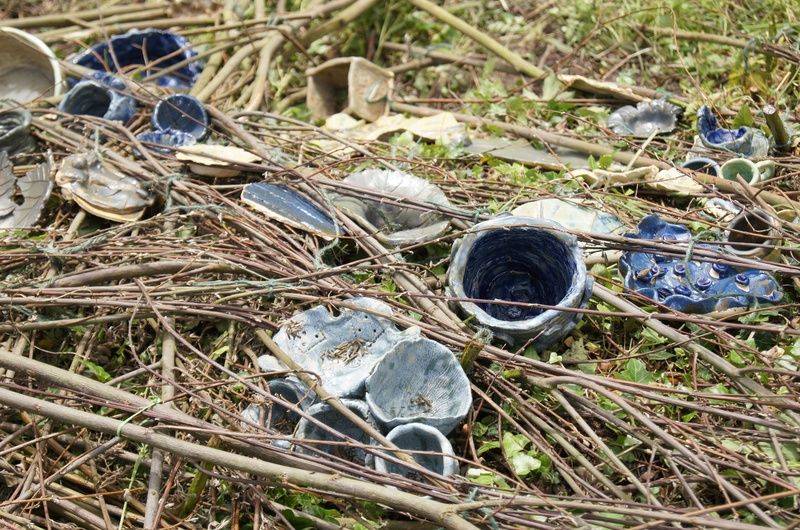 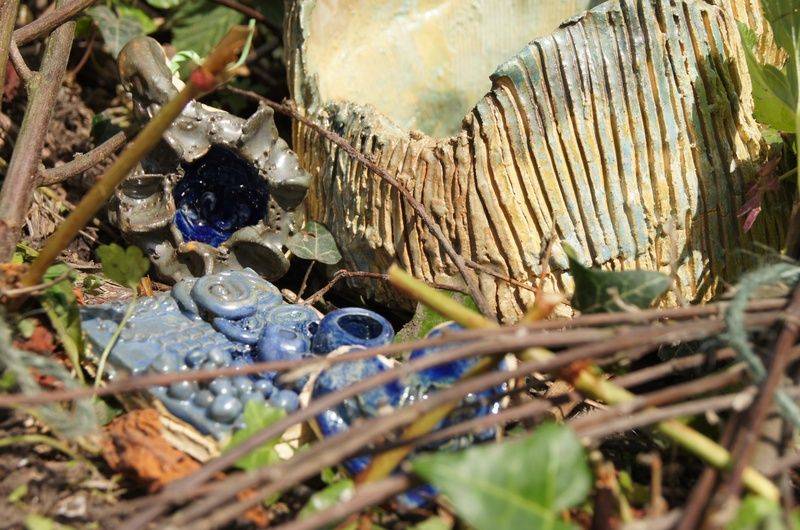 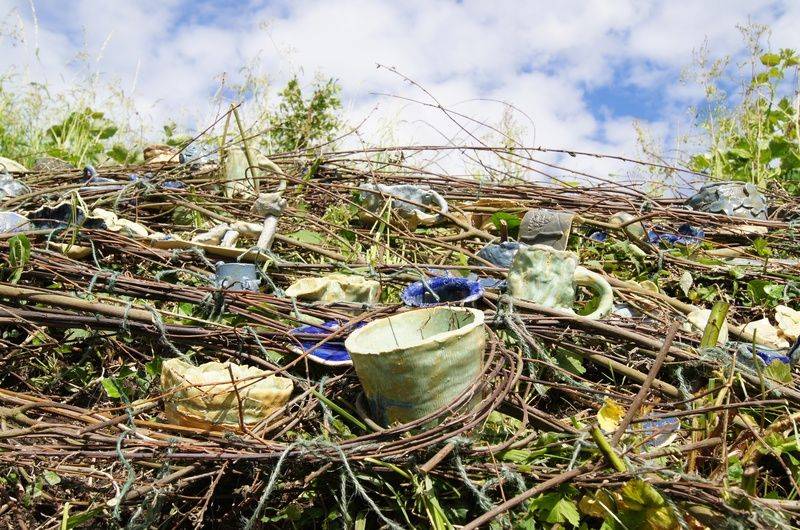 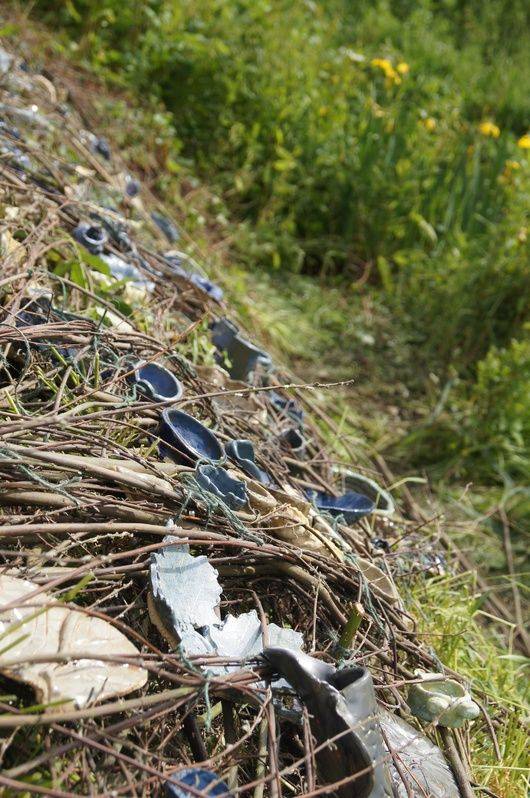 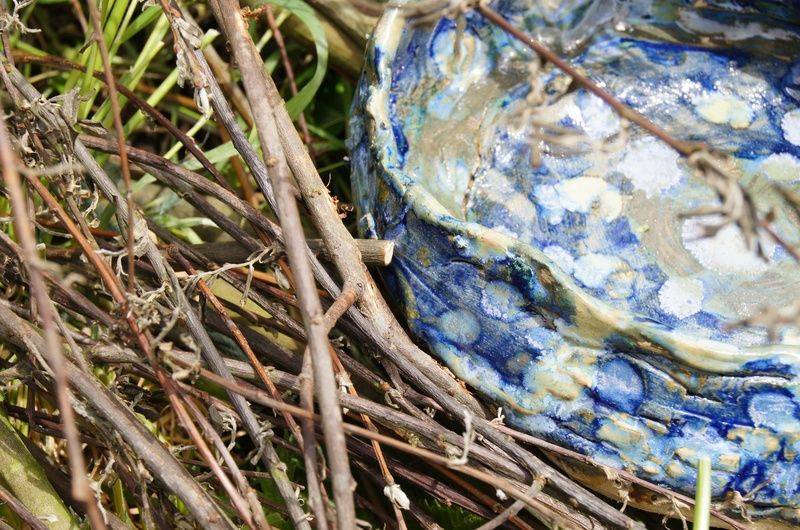 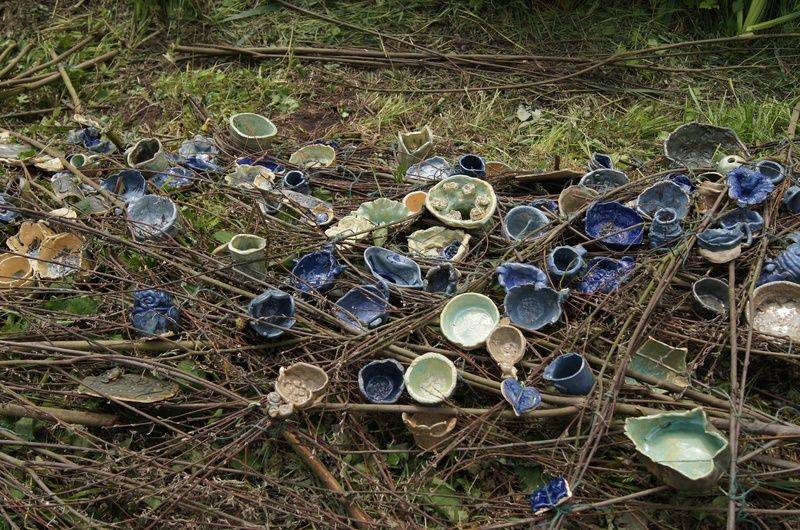 An outdoor installation at Manor Farm heritage site in Ruislip, London, inspired by the history of the site, where there used to be a motte and bailey castle and manorial court, and made in collaboration with Elinor Brass and Constantine Gras. Situated where the moat used to be and made with willow branches sourced on-site, the work incorporated ceramics made by members of the local community. The phrase 'in mercy for a trespass' is taken directly from the administrative records of the court that used to operate on the site, when it was under the Abbot of Bec in the 13th century. Citizens would have to pay taxes to the Lord or Abbot in mercy for various sins and crimes they had committed, such as stealing, adultery and trespassing. The work played with the idea that members of the local community created objects with their own hands, as creative tithes for our own trespassing, as artists, on the land. It was intended that the installation would remain in place for a year, collecting rain water and gradually being swallowed up and eventually hidden by the surrounding brambles and grass: a kind of reverse archaeological dig. However the work was replaced after one month only when a local councillor complained that it was ugly.